Recently, the presidential candidate of the Constitution Party, Darrell Castle, released a list of featured endorsements on his campaign website. One particular endorsement of Mr. Castle’s candidacy, however, came from Sam Bushman of the radio/news website- Liberty Roundtable.

Mr. Bushman has been involved with various Constitution Party events in the past, and even maintains ties with Tennessee political activist & American Freedom Party member James Edwards and his radio show The Political Cesspool. The Political Cesspool in fact has featured various KKK, neo-nazi, and white nationalists as guests on the show in the past. In addition, even former 2004 Constitution Party presidential candidate Michael Peroutka has appeared previously on James’s show. Mr. Bushman even guest-hosted for The Political Cesspool on February 27th of this year on Mr. Edwards’s behalf while he reported live from a Trump rally. In addition, Mr. Bushman and Mr. Edwards interviewed the son of GOP front-runner Donald Trump on the March 1st 2016 edition of Liberty Roundtable. Yet shortly thereafter Donald Trump Jr. and a spokesman for his father’s campaign afterwards backtracked and denounced both the interview and Mr. Edwards; insisting that they were unaware of the racial views and controversial nature of Edwards and his show. Bushman, however, defended setting up the interview and his co-host’s credentials. 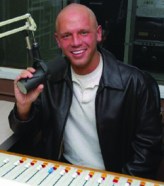 Yet, delving into the numerous post archives of one particular LRT author by the name of Henry Makow, does one discover numerous extreme and quite racially-charged articles contained within; which the titles alone reveal more then enough, for example- Did Illuminati Jewish Bankers Poison FDR?, Jewish Imperialism is Backdrop to Russian History, David Irving: Churchill Warmonger vs. Hilter Peacemaker, all can be found on Bushman’s website.
A good example of one particular article on LRT; 2016 – Zionist (Satanic) Control to Increase -perhaps is best highlighted by these excerpts from that article:

“…When Israel returned the Sinai after the 1973 October War, my misgivings were assuaged. But I now understand that this was only a temporary setback. Israel is indeed on the vanguard of a Satanist-Imperialist design that applies not only to the Middle East but, under US and NATO auspices, to the whole world.
The Zionist (Mossad) false flag attack on the World Trade Center was a pretext for renewed Zionist imperialist expansion. Shortly after, a plan to attack Afghanistan and seven other countries was revealed. “We’re going to take out seven countries in five years, starting with Iraq, and then Syria, Lebanon, Libya, Somalia, Sudan and, finishing off, Iran…”

“…Tens of millions of people have died or suffered grievously because of this satanist agenda. All citizens of the West, and especially Zionists and Masons are complicit. Our governments have gone rogue. Our political, economic and cultural leadership consists of collaborators in the Masonic Jewish credit scam. (Money, the medium of exchange no different from a coupon, is created in the form of a “debt” to a handful of satanist families. Government could create this medium debt and interest-free) The “leadership” is complicit in the cover up of numerous false flag attacks, some like 9-11 killing thousands…
“…I expect the trend toward mental and physical enslavement will continue in 2016, with the government acting as a proxy for the Masonic Jewish (Satanist) bankers who are behind the NWO. i.e. world Communism.
“In the Protocols of Zion, (16) the author says they will destroy every “collective force” except their own. The four legs of our collective identity are family, nation, race and religion (God.)” 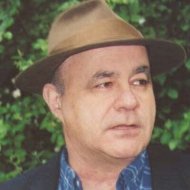 Indeed, these articles alone are quite extreme and lacking in factual information. If one even types in the word ‘Masonic‘ into the search engine of the LRT website; immediately articles of the same fringe, harsh nature with rhetoric that matches the quoted samples above pop up all over the search page. Upon further examination, however, one can still at least find more mild and generally constitutionalist-oriented articles, including ones written by Constitution Party of Washington’s Robert Peck, or even Pastor Chuck Baldwin himself included.

While the evidence is solid that Mr. Castle, Mr. Peck and especially Pastor Baldwin in no way condone and/or share such racially-tinged beliefs & viewpoints as that of Mr. Makow, and such individuals are even more likely unaware of Makow’s highly extremist rhetoric within the Liberty Roundtable website; nevertheless, the fact that Darrell Castle, who is trying to appeal to the disgruntled American voter with his message of constitutional government, individual liberty, and also reestablished moral, traditional values rooted upon Biblical law -however his attempts to claim to be more libertarian then Libertarian Party candidate Gary Johnson, irregardless of his flaunting endorsement of a man tied in with racial collectivism (white supremacy) and possibly even, dare I say National Socialism -when including the various writings and hate-filled rantings of Mr. Makow, and the equally as controversial guests of the linked radio show The Political Cesspool -does not a Libertarian, or even a libertarian, make.

Furthermore, even without mentioning Sam Bushman and his associates in this discussion; certain podcasts on his online radio show- The Castle Report, do not in anyway serve his “libertarian” credentials well, as compared to his past statements on particular social issues, which further hinders whatever libertarian ‘appeal’ he actually has, or has not, when it comes to certain aspects of his political party’s ultra-religious national platform, of which he has yet to fully embrace, or reject in his current campaign.

Yet, judging by the nature of some of his supporters as evidenced here; his libertarianism, or lack thereof, is probably the least of his worries at this point.