It is being reported there is “compromise” between the Republican & Democratic members of Congress to extend the IRS tax rate cuts from 2001 & 2003 that were set to expire at the end of 2010. The Washington Post reports, “Faced with unified GOP opposition, Obama didn’t get what he really wanted: the end of Bush tax cuts on household income of more than $250,000 and continuation of the rest.

Instead, he went along with emboldened Republicans to extend even the top-tier cuts for two years in exchange for unemployment insurance and other measures intended to boost the economy.”

It is yet to be seen if the Congress will cut spending (actually reducing the amount spent, not to be confused with a “spending freeze” or a smaller increase called a “spending cut”) or how the Congress will pay for the extension of unemployment compensation. Additionally, no one seems to be asking (or answering): how will extending unemployment compensation for another 13 months “boost the economy and create jobs”? It seems to me that paying people not to work will only encourage them to continue not working, until they are no longer being compensated for not being employed.

The Washington Post continues, “Administration officials now say that restoring the president’s image as a post-partisan leader is more important for the next two years of his term and for his reelection effort… His advisers say the tax compromise will help protect a tentative economic recovery essential to his reelection prospects and appeal to independent voters looking for solutions rather than partisan fights.” So it seems that President Obama, much like nearly every member of Congress and other elected officials, is only concerned about his own political future and not necessarily what he believes is the best policy.

I’m not saying no one should ever compromise. There are valid reasons to compromise; if you have the opportunity to take a gradual step towards your end goal (whatever it may be), a “compromise” is in order (assuming there are no “strings attached”). However, if you are compromising for the sake of compromising because doing so benefits you politically, that is in no way staying true to yourself or your ideology. 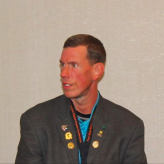