Libertarians have long bemoaned the lack of celebrity Libertarians who actually have principles. Perhaps our dream candidates have finally arrived in the form of Penn and Teller.

They are the bad boys of magic. They host the award winning Showtime program, “BULLSHIT!”, one of the most iconoclastic, pro-liberty TV shows in the world. Penn is now a daily talk show host on Free FM stations nationwide.

Remember how Jesse Ventura awakened the sleeping masses in Minnesota with his third party candidacy for Governor? People who had never voted came out of the woodwork and Ventura won unexpectedly. His message was somewhat Libertarian, but he was certainly not principled, nor a Libertarian.

From what I’ve seen and heard, Penn and Teller are principled Libertarians and they are real, active, popular celebrities unlike Ventura, who was a little washed up at the time of his run for Governor.

Penn and Teller would attract all kinds of media attention and perhaps be able to awaken the sleeping masses and actually win.

Can you imagine it?

“Vote Penn and Teller in 2008 to make the government disappear!” 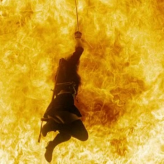