Add New Jersey to the list, 11-strong, of localities that have banned smoking in restaurants and other supposed “public places” that are privately owned. The one exception, this time around, is casinos. Why? Because the casino lobby in New Jersey is strong enough to stop them, and that’s it.

All of this would be bad enough for supporters of smokers’ rights-except that New Jersey went even further. They’ve joined with three other states in raising the age at which one can legally buy cigarettes from 18 to 19.

So we have a new law that not only destroys two civil liberties, but also adds to the confusing mess that is government regulation. You can smoke at 18, you just can’t buy cigarettes. Smoking in public is very very bad for your health and the health of others, except in casinos where apparently it’s not. I wouldn’t care so much about this, except that it’s yet another precedent that health Nazis here in my native Nebraska can cite next time they try to pass this political abortion of a law.

EDIT: My apologies for not crediting the good folks at Bureaucrash.com for the image on the right. It’s one of their shirt designs, and you can see more of them on their site. 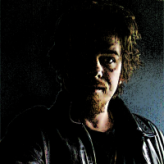 Stuart Richards is a 26-year-old land surveyor based out of Portland, OR. He is a left-leaning geolibertarian and (theologically) liberal Christian, and has been blogging on HammerofTruth.com and other libertarian sites since 2004.