I’m Michael Hampton, the other newest editor at Hammer of Truth, and I’m honored to be here. First, a very brief introduction.

I’ve been a (small l) libertarian for about as long as I can remember, and even so I still vote for the Libertarian Party, even though it’s in need of reform and improvements. I run my own blog, Homeland Stupidity, which is why Stephen VanDyke was surprised that I wanted to do this. My main reason for doing so is to become more active in the changes which are coming to the LP, and to help spread the message of liberty as far as I can.

In 1996, President Bill Clinton signed one of the most comprehensive welfare reform packages to date. Ten years later, the number of people receiving cash assistance from the government has been “cut in half to 2 million,” according to a new Government Accountability Office report. This report looks at the Temporary Assistance for Needy Families program and suggests ways to improve it.

The two big problems facing welfare recipients right now are being unable to get work that pays enough to support their families, and being able to get stable work, that doesn’t lay them off in a few months. Either way, these people generally wind up back on welfare. GAO says that the Department of Health and Human Services isn’t doing enough to address these problems. (PDF)

GAO recommends that HHS (1) identify opportunities for additional research on increasing TANF recipients’ earnings, (2) review its existing efforts to better ensure information and implementation assistance reaches the wide range of program administrators and service providers involved in welfare reform, and (3) seek out new opportunities to collaborate with Education and Labor on research and technical assistance. In response, HHS said that its efforts in these areas are sufficient and do not warrant additional attention.

That’s right, HHS says there’s nothing wrong. Despite the fact that many welfare recipients who do go to work and don’t make enough to get by — and are no longer eligible for welfare in the process — wind up getting right back on the welfare rolls.

Ultimately, welfare for the poor is something that should be handled by private organizations, as it used to be. But in the meantime, HHS should be looking at every way possible to help people get off the welfare rolls, become productive members of society, and support their families themselves — without needing further “assistance” from the government. And that will benefit all of us. 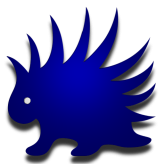