For 90 years, the Supreme Court has upheld the B-52s’ dictum when it comes to searches conducted by police. Today, they decided that it’s okay for cops to just bust it down, especially if protecting your civil liberties might let bad folks stay out of jail. Let me explain how we all get to bend over and take one for the team.

The knock and announce rule basically requires that police offices knock and announce themselves when executing a search warrant, unless there’s probable cause to believe that doing so would result in the destruction of evidence, e.g. people flushing drugs or bookies destroying records. Failure to do so may be unreasonable under the Fourth Amendment, and trigger the exclusion of the evidence.

At the time of the framing, the common law of search and seizure recognized a law enforcement officer’s authority to break open the doors of a dwelling, but generally indicated that he first ought to announce his presence and authority. In this case, we hold that this common-law “knock and announce” principle forms a part of the reasonableness inquiry under the Fourth Amendment. – Wilson v. Arkansas, 514 U.S. 927 (1995)

Today’s ruling technically doesn’t change any of that. Cops still have to knock and announce. All today’s ruling does is say that the cops don’t lose the evidence if they break the rules. The upshot of the court’s reasoning is (a) the cops would have found the gun and drugs if they had executed the warrant properly and (b) police misconduct shouldn’t prevent the government from using evidence obtained by busting a door down. As to the person who’s had his door busted down, Justices Kennedy and Scalia say that he can go file a civil claim against the police.

Justice Anthony M. Kennedy, a moderate, joined the conservatives in most of the ruling. He wrote his own opinion, however, to say “it bears repeating that it is a serious matter if law enforcement officers violate the sanctity of the home by ignoring the requisites of lawful entry.”

Kennedy said that legislatures can intervene if police officers do not “act competently and lawfully.” He also said that people whose homes are wrongly searched can file a civil rights lawsuit.

And Scalia wrote that there are public-interest law firms and attorneys who specialize in civil rights grievances.

I love how Kennedy joins an opinion that eviscerates the knock-and-announce rule, but writes a concurrence to say that he doesn’t mean to do that. The majority ruling is what makes the law, his mealy-mouthed concurrence is just so much hand-washing to assuage his conscience.

The cops still have to knock and announce, but now they’re on their honor (or the very weak threat of a successful civil rights action). Maybe this decision won’t lead to an increase in the number of doors busted down by police, but I think the smarter bet is to buy some stock in Home Depot and the company that makes those cool SWAT team battering rams. 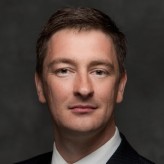 Mr. Sarwark lives in Colorado and keeps poor people out of cages for a living. His views are his own, not his employer's, his wife's, or his dog's. They are also awesome and always right.